A site specific installation made with PVC pipes that intertwine around the beams of the ceiling of the gallery space. A tiny architectural object made in plastered wood and a small organic four-legged-animal-like object made in clay stand on the floor in poetic contrast with each other. A pink shadow extends from these objects, projected onto a large wall space. A simple coincidental coming together of a 'structure' in its various metaphorical appearances, soft, hard, sublime, planned, random... An exploration and interplay of imaginary elements in space.
Likes (0)
Share 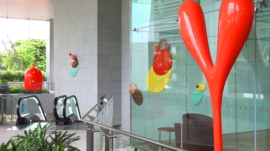 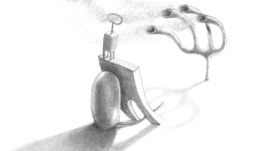 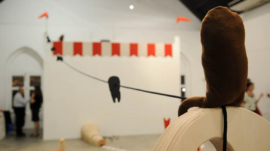